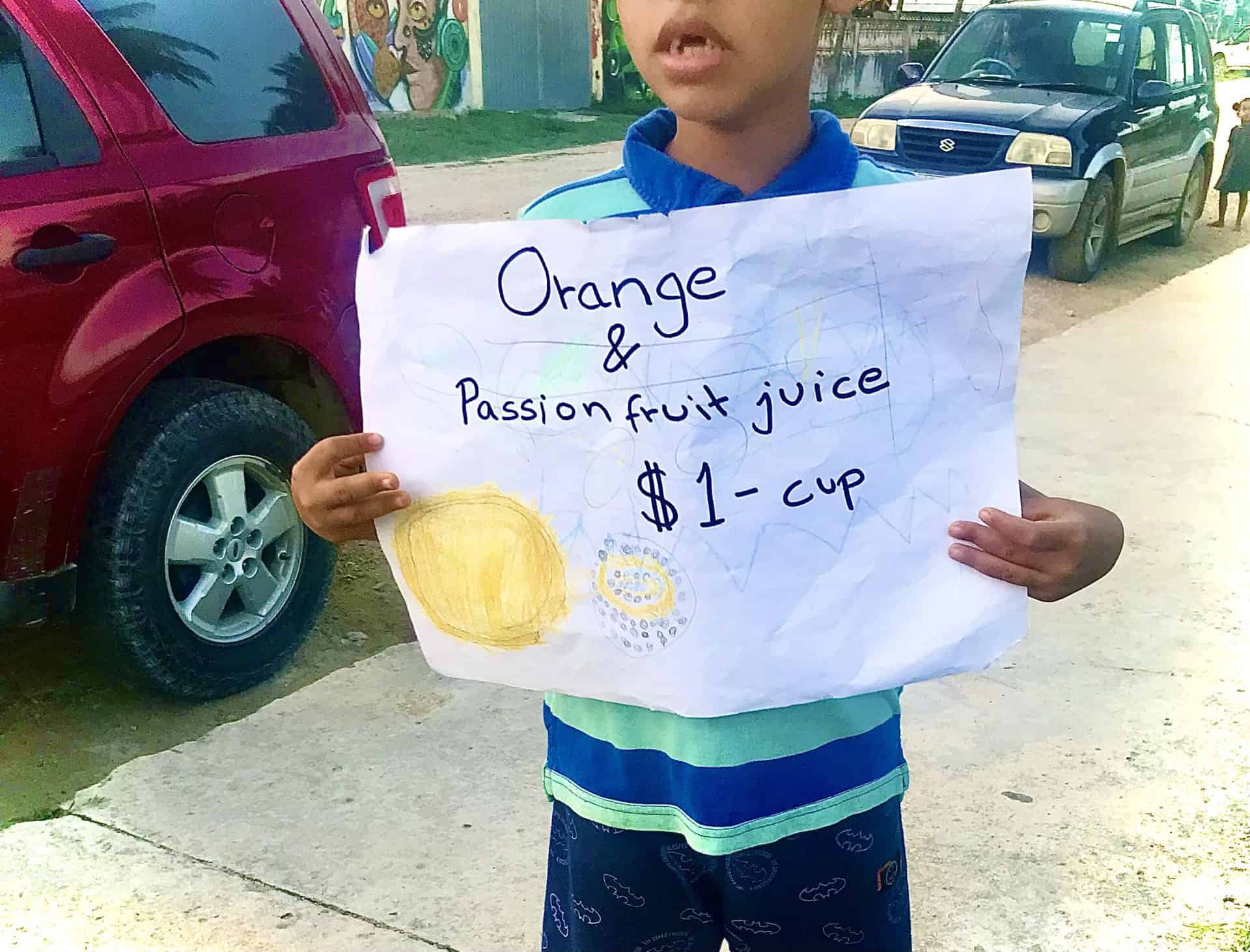 A few weeks back;

Liban our seven year old asked when we could go stay at one of his favorite jungle lodges, the one with the nice swimming pool.

And so it started….

Me; “if I’m paying then it’s going to wait until we have paper work to do in Belmopan (the capital city)”

Me; “no, we have to have good reason to

Liban; (thinking hard…..) “ok Abo……but I only get paid a dollar to help the neighbors with the goats…..that’s going to take….like forever……so I need to think about starting a business or something….”

Liban; “I could make and sell go carts, or cars”

Liban; “oh…yea….I don’t know how to do some of the parts”

Me; (trying to keep a strait face) “if you want to go stay at the place with the pool anytime soon, as in this year, you need to be thinking about what you can do now with what you have access too now, remember it doesn’t have to be complicated.”

Liban…..”Abo….me and my sister could make fruit juice to sell…..we have passion fruits falling off the fence…….”

Me; “ok….that sounds like a reasonable idea……but did you ask your little sister?”

Me; “ok then…..but we don’t have a drinks cooler….you know, the big one like at your football practice”

Liban; “oh……ok…..maybe we can borrow the one from football?”

Me; “I’ll ask a few people if anyone can lend us one to start with, you need to make a sign too….how much are you going to charge for juice?”

Me; “well……watered down fruit juice in the small bottles is often $2-“

Me; “yes…but…why will people buy your juice? You need your product to be different than the next juice, and you also need to sell a lot of it quicker to make it worthwhile.”

Me; “that’s better, but you’ll need to minimize costs…..why don’t you try selling it by the cup, cups are cheaper than bottles….”

Liban; “ok…..me and my sister will sell orange and passion fruit juice by the cup for $1-“

Me; “ok, I’ll lend you the money for that…..I’ll discuss with Hooyo (Somali for Mum) ….you’d better start collecting the ripe passion fruits.”

And so, our seven year old persuaded us and his sister into helping him make the juice business work….

So far, so good, he’s sold over 70 cups of juice, he and his three year old sister have learnt many worthwhile lessons and his trip to the place with the pool is getting closer.

I’ll just leave it there this time