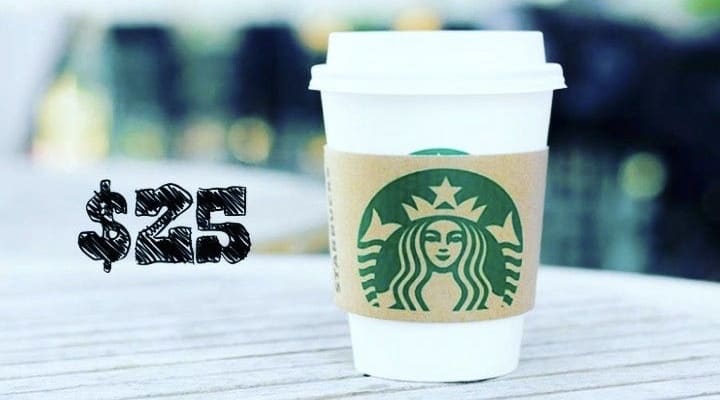 I’ll try to explain in today’s post why it’s not that far fetched, it could become a reality.
I could be wrong but at least hear me out!

What I’m talking about here is monetary inflation, central bank money printing without added value bases to do so, it’s happening on a global scale.
Central banks around the world are pitching the idea of modern monetary theory (MMT).

This is basically an attempt to manipulate an economy through “quantitative easing” and “quantitative tightening” these are just fancy words, the former, a flood of new money printing and the latter, removing or restricting money from the economy. rarely if ever is the latter put into practice, so basically it’s just turning on the printing presses that sums up MMT! (I’ll write about this later)

Inflation happens when a central bank prints vast sums of paper or digital currency for which there is no added Gross domestic product (GDP)
Gradually over time there’s to many currency units floating around for the value of GDP so the value of the currency goes down by way of the cost of everything you can purchase with it going up!

Governments throughout the world pressure their central banks to turn on the printing presses when they get in a crises or other sticky situation and want a lot of paper money to try and fix it. (Papering over the problem.)
Turning on the printing presses to pay for government boondoggles adds virtually no gross domestic products of any sort to the economy.
It’s important to understand Governments are not in the business of producing anything at all, they get their money by taxing the people that do the producing.

With printing presses running at full speed …….What you end up with over time is a diluted currency in terms of purchasing power.
Most of us have heard of Zimbabwe and the trillion dollar bill, and maybe also Argentina, Argentines are pros at printing to much money and devaluing their currency, they’ve successfully destroyed the economy by defaulting on their obligations 9 times in the past 100 years.

For some reason Americans, Brits, Euro’s and well…..many other nations think their fate will be different, how so?
There’s not been an exception to the rule in all of history.

Let’s take the USA as a current example of trying to paper over the problem with the printing press.
The Covid shutdown debacle was the pin to burst the everything bubble in the markets.
The governments solution was to crank up the printing presses over at the fed and bail out Wall Street for starters, the feds balance sheet increased by almost 4 trillion in under three months, (that’s just a fancy way of saying they’ve added about 4 trillion of new dollars to the system) The stock market was the main beneficiary and prices have climbed back up almost to pre crash levels, everyone is saying “don’t fight the fed” many people now think the crash is over, everything’s recovered and is back to normal…but it’s not so…..

Ask yourself…….how much Gross domestic product has been added to the American economy during the first half of this year? Virtually none!
The lockdown has severely restricted more or less every industry, most have simply stopped functioning at all.
Unemployment numbers spiked to their highest in history, people without jobs can’t add to economic production and economic growth, they also can’t spend money that they didn’t earn and don’t have, so how come The financial markets are acting like the crash and covid was all just a bad dream?!

Inflation on Wall Street is different from inflation on main street in that temporarily it’s just leading to massively over priced shares and evaluations of publicly traded companies, most of these companies haven’t been making any profit whatsoever in terms of real output at all yet this year and probably wont.
But if it continues long enough it will trickle down and Americans will have inflation on main street too…..and that leads to a Starbucks coffee costing a lot more than it does now, maybe even $25 eventually!

This can’t all go on forever…..
Many investors currently using the “buy the dip” mentality will lose their shorts and shirts too.
In a bull market you buy the dip! In a bear market you sell the bounce!
We are in bear market territory now.

The current bounce is only due to the feds medaling with its money pump, it’s made prices go up, but sooner or later prices should come back down to reflect reality, this is called reversion to the mean.
(Reversion to the mean: markets and economies are highly cyclical, in one cycle things move from underpriced to overpriced and back to underpriced, each time in the cycle there’s a mid point that reflects the real actual value or price that’s referred to as the mean)

The current US printing extravaganza lallapalooza is only an example of the type of monetary policies the majority of governments are currently enacting,
The United Kingdom, most European member states, Japan, and the vast majority of the worlds economies seem to have completely lost touch with reality this is a global problem.
Most currencies are becoming in reality practically worthless through too much stimulus, debt and money printing,
Currently the US dollar is still accepted as the global reserve currency but that could change.
As long as everyone else trusts the dollar and keeps some as reserves it will probably do better than most of the rest, but when the world figures out Uncle Sam can’t pay his bills they’ll dump US dollars like hot potatoes and the party will most definitely be over.
in other words it’s a race to the bottom in terms of currency devaluation through inflation.

As a further example of the instability of fiat currencies around the world…….My family and I are currently in Belize, the local currency being the Belize dollar which is pegged two to one to the American dollar. Here the economy relies heavily on tourism and the central bank relies heavily on American tourists bringing USD into Belize.
Since the borders are currently shut, not many people are working, there’s long lines at the bank, some folks have to wait in line for two or three hours, all are people withdrawing the little money they have and not depositing the paychecks as there’s no work, the banks are now running out of cash, they’ve began limiting withdrawals and credit card expenditures, Dean Barrow, the prime minister of Belize reassured the people through press conference, that the banks “have more than enough money”……”the central bank has enough reserves for a few months”…..and that they “have a plan”.
So…..ummm…..if your central bank keeps so little reserves it has only enough money for a few months isn’t that an emergency situation all on its own?….saying that’s perfectly fine and not to worry then also saying “don’t worry we have a plan” a plan for what? We were just reassured “not to worry” everything’s fine! No plan needed…

In reality Belize has more or less run out of cash! Things might get hard here for a while….Thankfully here there’s also the option of black market money exchangers and
Fortunately for Belize it’s not in control of its printing press, if it were, rest assured they’d have printed up a whole pile of money and we’d have a paper shortage instead! (Both UK and US print the Belize dollar for Belize)